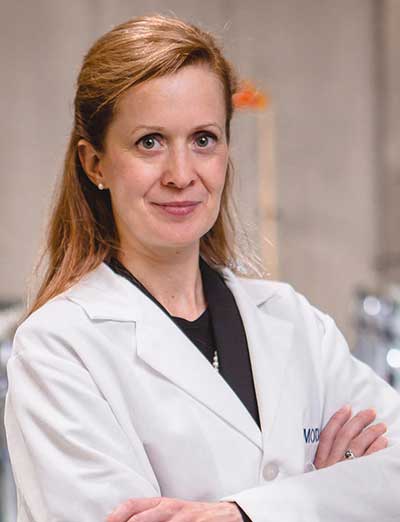 Christina Lomasney is a physicist and President, CEO & Co-Founder at Modumetal., Inc. Modumetal was founded to advance the state-of-the art in and to realize the full potential of a new class of nanolaminated metals. Through her leadership, the Modumetal team has realized a technological breakthrough that would enable the production of a new class of nano-layered, high performance materials, at large scale, and a cost that is competitive with conventional materials. Today, Modumetal is realizing the impact of this breakthrough technology in major industries spanning energy, transportation, propulsion and construction. In 2001, Christina co-founded Isotron Corporation and served as its President and Chief Executive Officer until 2006. She took Isotron to profitability without outside investment. Christina Lomasney currently serves as Chairman of Isotron Corporation. She previously worked at Boeing in a variety of capacities including as lead on programs related to advanced metals manufacturing in the Prototype Machining Center. Christina was named one of Fortune’s Most Promising Entrepreneurs at the 2015 Most Powerful Women’s Conference.