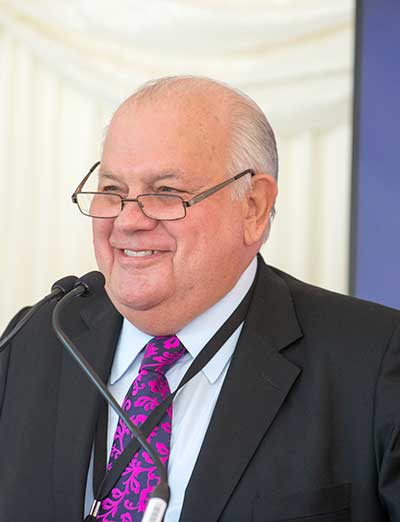 Lord David Evans has over 50 years’ experience in the print and media industries during which he created one of Europe’s and the UK’s largest print management companies and subsequently focused on a diverse range of media interests across traditional and digital publishing, media consultancy and corporate communications.

David first entered the printing industry as an apprentice in 1957, rising through its ranks to create Centurion Press in 1971, which he rapidly developed into the UK’s premier print management and creative design company with an annual turnover of £100m+.

The sale of Centurion provided David with the platform to expand and diversify his media — and other — interests in partnership with long-time business collaborator Caroline Minshell. Senate Publishing was established to act as a niche consultancy business, facilitating seed capital for various corporate start-ups in both media and non-media sectors.

Alongside Senate, David founded Evans Mitchell Books, a bespoke photographic art and natural history publisher. In 2013 he became chairman of Newsdesk Media Ltd, a leading international partnership publishing company, working with both public and private sector clients in a range of sectors including defence and high technology and foreign direct investment.

An acclaimed international businessman, David’s diverse business roles and activities also extend substantially beyond print and media to encompass, Peace Hospice Care amongst others, chairmanships of organisations in the general business consultancy, work and training and healthcare sectors.

Following his own battle with cancer, David became President of the ‘Pioneers’ for Prostate Cancer UK, a strong supporter of Cancer Research UK and was a Founding Director of Advanced Oncotherapy Plc (AVO).